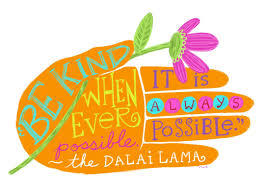 My husband does executive education and works with leaders all over the world.  In his company’s leadership development programs they often use a tool called the 360 degree feedback tool.  That tool gathers information from subordinates, peers, and superiors about a person’s performance as a leader through these individuals and groups experience of them at work.  The  job of the executive coach is to give feedback; the good, the bad and and ugly about how they are doing in their role as a leader.  This can be good news and also painful to hear news that the individual needs in order to have a realistic view of their performance and to make needed changes to improve.  Without the information and a plan to execute it little change would occur.

My husband shared years ago with me his company’s philosophy for delivering this news as “totally honest/ totally kind”  and that stuck with me.  I’ve relied on this over and over as a teacher, leader, boss, family member and friend.  One incident that comes to mind is a young man who came to work on our team as a Special Education Aide.  It was his first job.  He started off strong and eager to please.  But I don’t know if he was burning the candle at both ends, working a second job or if his true nature just started to shine through.  More and more often he was found texting on his cell phone or checking facebook while he was supposed to be a role model working with a student or group of special needs students.  The final straw for me was one day during my math class, he laid his head down on the desk while being responsible for a small group relying on him to lead the lesson.  As students rotated through the three stations, each group found him in a new position: head down on his crossed arms-face to the table, arm stretched across the table, head lying on it on  and so on.  I had to keep asking him to sit up. Before we let him go (he still had substitute status) he decided to move on to a new job site.

Months later he asked us if he could come back.  He was a likable person, and my teammates were willing to give him another chance.  I wasn’t interested.  My vice principal was a friend of this young man’s and encouraged me to let him return. I expressed my objections to the VP and somehow although I had asked that it be confidential (not saying it wasn’t), that young man showed up in my classroom that same day to talk to me about returning.

Being put on the spot,  I could have been irritated about the confidentiality request being broken, or just told the young man how it was…which is what ended up happening (using what I had learned from my husband’s work at Center for Creative Leadership (CCL)).  The young man asked me about returning and I shared that I was reluctant.   I gave him the opportunity to learn why, but made it clear  it was his choice.  I wouldn’t force the bad news on him.  He expressed that he  wanted to know.  “Totally honest/ totally kind.”  I didn’t need to give him the bad news in a way that expressed irritation, dislike, or that he was less than due to his past behavior.  I shared with him the reasons I was reluctant, citing examples. I shared with him about how strongly he had started off and how pleased we were initially with his enthusiasm and willingness to learn.  I also shared the ways in which he had let us and the students he had joined our team to serve down.  I was kind and honest. We talked about his cell phone usage, facebook checking, lack of engagement with students and then the final straw of lying down while he was suppose to be co-teaching a math lesson. I checked in with him regularly (reading his body cues) as to whether he would like to continue and he expressed that he would.  Never was there a time when the bad news became a personal attack on character.

Another thing I learned from CCL when I went through their leadership development program was, SBI…Situation, Behavior and Impact. We stuck to the facts of the behavior and their impact on the role he was there to fulfill.  When we ended he had a clear understanding of what had gone wrong, I understood what he liked about our site and team and why he wanted to return and we came to an agreement about what the standard was that he would be held to if he chose to return.  After consideration, we got word that he’d chosen not to return.  Our team has a reputation for being innovators and for delivering a special education program that  we, our site and our district take a lot of pride in.  He made the choice that was right for him.

These tools from CCL have applications not only  in our work, but also in  our relationships with family, friends and our children.  Withholding our emotions or letting our frustrations get personal can have harmful effects on relationships

John Gottman (The 7 Principles for Making Marriage Work), was able to predict with over 94% accuracy whether a marriage would last or not and one of the tools used was observing how couples fight and how they make up.  Turning the bad news into a personal attack on another’s character  was an  indicator that things weren’t going to work out so well. The mode of delivery matters. 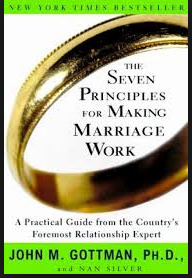 Similarly, withholding our feelings about what makes us upset and not processing it can be just as harmful.  In an article in Psychology Today on Emotional Fitness,  Dr. Barton Goldsmith states,  “When we choose to bury our feelings, we act differently. We may not make ourselves available to others and may withdraw, or just not be fully engaged when we do spend time with other people. …. When you express how you really feel (in an appropriate manner), problems get solved, relationship issues get resolved, and life is easier.”

Life is better when we have authentic encounters.  Withholding the bad news for an employee is also withholding the keys to growth for them.  When we understand what went wrong, we’re empowered to make needed change. Total honesty/ Total kindness doesn’t mean we express every personal grievance and pour out all of our thoughts and feelings…but it’s a powerful tool for examining our own motives and for sharing those things that allow us to develop and nurture authentic and meaningful relationships.

I’m not always good at these things, but knowing them and attempting to practice them is  a step in the right direction.  As my family struggles to recover from the grief of the past year, we’re all realing in how to connect and care for ourselves and one another.  It’s not easy.   None  of us anticipated finding our lives taking such a tragic turn so swiftly. And as our families grow and expand, it becomes more difficult to find the time to nurture and maintain relationships. Assuming the best of others, sharing what we’re going through when we’re able, listening and practicing patience for one another are tools that can help see us through this time of heartache.  Honesty coupled with  kindness can go hand in hand.